At its core, Tezos is a decentralized blockchain that, with mathematical precision, proves the correctness of the code to regulate the transaction process.

XTZ consists of three main layers - network, transactional and consensus layer. Each element of the system is modular, this, to a large extent, facilitates their updating by means of a seamless change of modules. In the process of writing the system, the Ocaml programming language was used, which made it possible to update the protocol independently for each level. 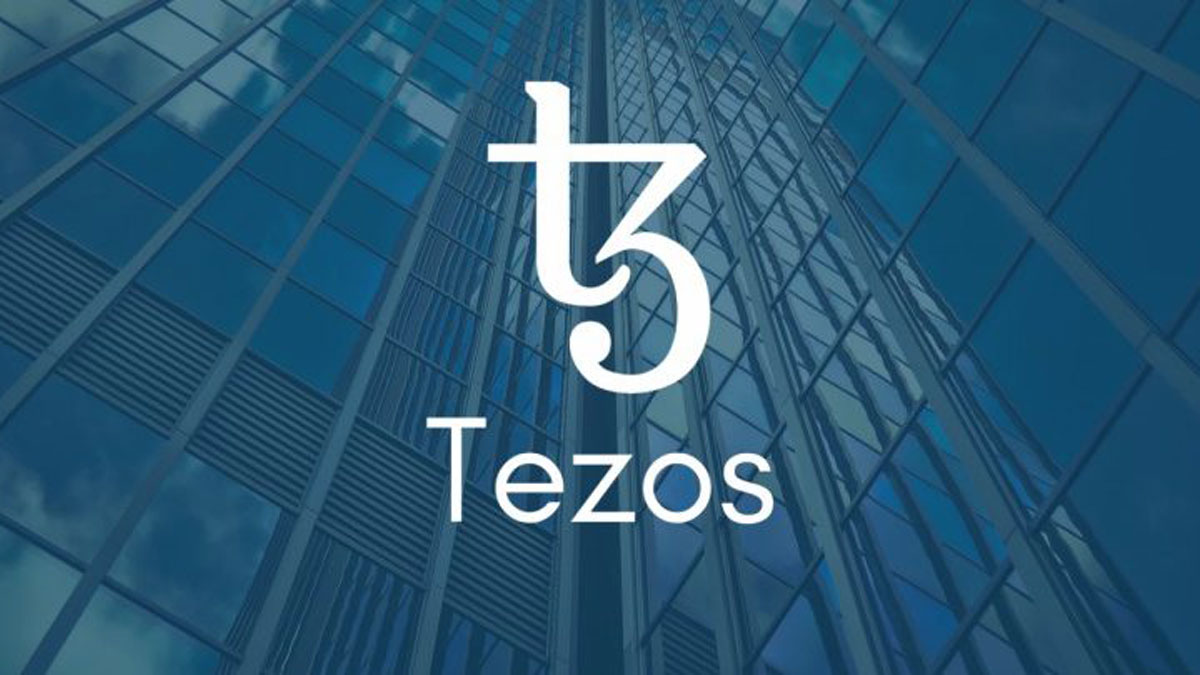 Tezos, like most cryptocurrencies, has a high level of security, work inside the network is transparent, reliably protected from hacker attacks and other illegal intrusions into the system.
The main difference between XTZ is that the application uses the Application and Glasses features as part of the change state, while the workbook being distributed remains offline.
The platform is more flexible than Ethereum or other similar platforms. This flexibility is aimed at continuous improvement of the system, which should be based on the decision of the users within the system.

Tezos cryptocurrency appeared on the financial market in 2014. The project was developed by Kathleen and Arthur Breitman. The main investor in the creation of the blockchain was the Swiss Tezos Foundation, in addition to this, the company was sponsored by several hedge funds. In total, more than 235 million dollars were invested in the development of this project.

As of January 2021, there are over 400 block validating nodes (bakers) on the Tezos network

The history of the creation of the cryptocurrency was accompanied by a number of high-profile lawsuits initiated by some investors on the basis of suspicions of fraudulent actions by the management of the developer company. Despite the difficulties that arose, the developers managed to stabilize the situation, reorganize the production process and continue the workflow.

In 2018, a beta version of the platform was released, but this did not really change the situation around the project. Investors began to actively get rid of electronic coins to reimburse at least part of their investments. The panic in the market led to the collapse of the cryptocurrency rate. Within a few days, the rate dropped from $ 4.45 per coin to $ 2.2. The developer managed to stabilize this situation. A few months later, the rate of the cryptocurrency leveled off, however, some investors are wary of investing in Tezos.

Investing in cryptocurrency is one of the most profitable activities of this kind today. To work with electronic coins, it is enough to have uninterrupted access to the global network, to have an understanding of the rating of cryptocurrencies and the dynamics of changes in their rate. All the necessary data can be found on cryptocurrency exchanges. Most of the world's cryptocurrency exchanges work with the XTZ currency. After the collapse of quotations of the rate, Tezos managed to restore its positions in the market, albeit with certain difficulties. Over the past months, the cryptocurrency has been demonstrating the stability of its rate, even after fluctuations on electronic exchanges associated with the global pandemic, the electronic currency has not undergone a significant drop in the rate.

The most important indicator of the coin's stability is the ratio of the dollar to Tezos. 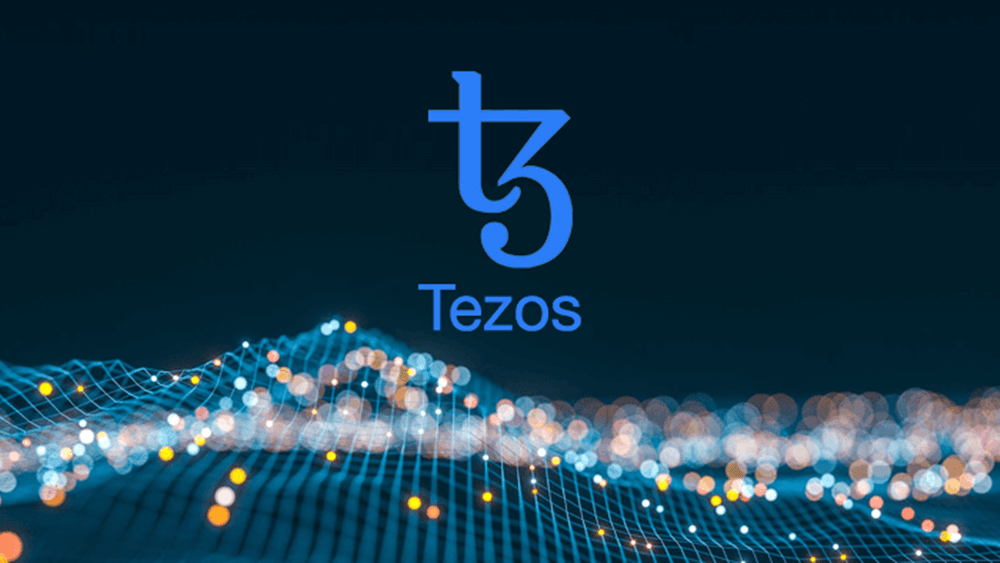 The stable rate in the cryptocurrency market, the positive dynamics of its rate, allow us to conclude that this electronic money is a very profitable investment project with long-term profitability. Unlike Bitcoin, XTZ does not show instant ups in the rate, but the risk of a cryptocurrency collapse is significantly lower.

It is significant that well known people, for instance, Elon Musk, additionally impact the digital money market. Interestingly, the crypto community confronted the impact of his tweets in 2020. Cryptographic forms of money ended up being helpless to Elon Musk's tweets: one of his assertions can bring down or raise the rates of digital money. A site called ElonOMeter has been dispatched, following each crypto-related message from Tesla and SpaceX pioneer Elon Musk on Twitter.

Is It Worth Investing in Tezos?

Most financial analysts agree that Tezos has significant upside potential. Like any currency, XTZ has a number of positive and negative aspects. Before starting the investment process, you should carefully study all the main aspects. 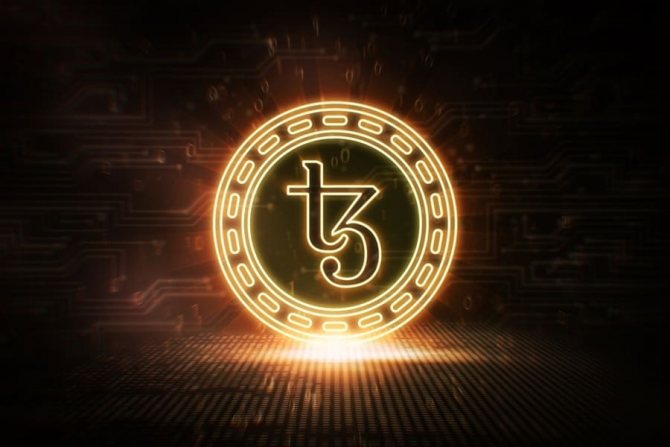 According to cryptocurrency exchange experts, Tezos has high growth potential. This is due to a number of factors that form the general idea of ​​electronic coins.
Reliable protection of the platform’s system against fraudulent activities and hacker attacks open work of developers, which allows investors to follow its process at any stage
the ability of the development team to quickly respond to changes in market conditions, in particular, the depreciation of the XTZ against major world currencies

Tezos was designed by Waymo engineer Arthur Breitman, who had previously worked at Goldman Sachs and Morgan Stanley as a quantitative analyst

The company's experience in restoring its positions after the internal crisis of 2018 clearly demonstrates its ability to consolidate its efforts and stabilize the situation with the cryptocurrency exchange rate in the global financial market as soon as possible.

Investing money in XTZ is optimal for medium and long-term investments. The basis of working with these electronic coins is to obtain a constant stable income at an average level for a long time. Short-term investments in currency are not advisable - XTZ does not show sharp jumps in its rate (unlike Bitcoin and Ethereum), thanks to which you can get high profits in a short time.

The stable dynamics of the digital money’s rate allows making longer forecasts for its development than most cryptocurrencies. This fact is fundamental for most investors. The indicator of stability of electronic money is one of the fundamental factors that potential investors pay initial attention to.

If you would like to know more about the most popular cryptocurrencies feel free to check out more information on our website. Our platform hashbon.com has a convenient multi-currency wallet with an exchange function. Hashbon provides cryptocurrency payment services for businesses and individuals.